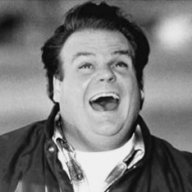 the only prescription is more cowbell · From I don't answer questions.