Most enjoyable vid gaming you've had to date?

Over the years I've played and enjoyed some epic games.
I remember the first multi player that I had a blast with- goldeneye - on the Nintendo 64.
Then came a game that I just completely immersed myself in and fell in love with - morrowind - on the first Xbox. I spent many a late night in that world.

Then came World of Warcraft - which has given me some of my best gaming moments in a social sense. I've had times when I've been laughing so much at things that we're happening with people I'd met online that I'd had tears running down my cheeks. Sadly those times and people have moved on.

More recently I played - The Elder Scrolls Online- and while I loved that virtual world, the combat - for me at least, played out poorly.

Today I played - Day Z stand alone- and thouroughly enjoyed it, even in its uncompleted state. It's an eye opener as to how you would react in a survival situation that's for sure.

I think overall, I got lost in Morrowind the most though. Pure magic.

So what's your top 5 games you've played, and what makes it to your number 1 spot out of those?:thumbup: Then the Close Combat series

Most fun would have been Call of Duty 2 Multiplayer

Ghost Recon would be in the list and a couple of co-op games that I've played with one of the kids. It's ages since I last played a game

I just don't play videogames like I used to. It has nothing to do with loss of interest or depression. I simply just grew out of them. Now the harder the game is, the more easily annoyed I get and quit playing. Oh well.....

Now I usually play more simple games like Candy Crush or Angry Birds on the Android.

I guess those were the most enjoyable.

the most recent game ive been playing is League of Legends.


--1.
Twilight Princess wins it easily for me. It's a game I wanted to play before it came out, but was not able to until seven years after its release. Needless to say, I had time to long for it. When I finally did play it didn't disappoint. Better yet, it far surpassed my expectations.. which was hard to do after all that time. It couldn't have been more perfect.

--2.
I simply adore the atmosphere, story and gameplay of The Darkness. From start to finish it was just an amazing and exciting ride. I despise what Digital Extremes did to the sequel, though.

--3.
Majora's Mask was the very first Zelda game I played when I was a kid. It was an eye opener as to what potential games had to invoke intrigue and curiosity to explore. Ikana Valley showed me even desolate and dead environments could be pretty. The mask itself still fascinates me.

--4.
When I jumped into Homeworld 2, I didn't know what to expect. I didn't even like strategy games all that much. But from the very first mission, the story kept pulling me back in. By the third mission I fell in love with the game. I'm excited for its upcoming HD remake.

--5.
Despite being lower on the list, Ocarina of Time has a much more coherent and epic story than Majora's Mask, and it hosts my single most favourite place in all videos games; The Temple of Time.[/CENTER]
Last edited: Jun 15, 2014 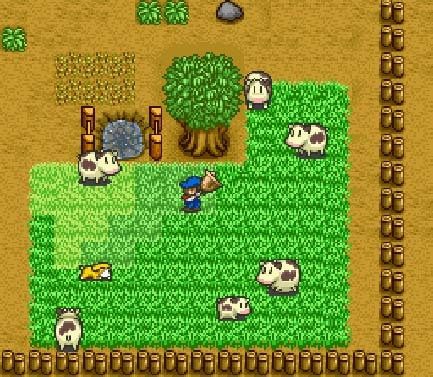 i remember getting pokemon blue when i was kid and absolutley loving it.
halo 3 was awsome cus i was really good at it.
bioshock infinite was awsome too
A

second are the Age of Empires series.

I remember all the oddworld games for the psx and xbox. I'm not sure if anyone else played them, they're not that well known.

Age of Empires? Man.. i played so many hours on that! haha absolutely loved it

In no Particular Order, My Top 5 Games are:

Pokemon (Red/Blue were my favourites)

GTA 4 (Haven't played any of the others at all, so i'll single this one out)

I really cant say what my number 1 spot is, though GTA isn't it, I know that much, haha.

Probably Morrowind and Oblivion with mods. Those games are so vast and full of quests. I've never been able to finish everything they had to offer even after multiple playthroughs.

There's also a really old, obscure game called Battlezone 2 that I was hooked on for a very long time. It was a cool combination of RTS base bulding and first person spaceship combat.

There was a car racing game up in Miranda Fair in the 1970s, very, very basic.

In the 1990s I bought ETs Rugby League, score at will, unable to defend. I also got Rugby League for Playstation, but didn't have the patience.

Austar had free games one was Picnic Antics, Tringo, String 'em in, Grid Lock. I played them a lot, when my knee was painful. Couldn't do much else.

I went through a stick cricket phase a few years back.

Staff member
The Total war series of games, play those more than anything else put together.

1. chrono trigger
2. world of warcraft
3. the warlords series (not well known)
4. all tekken games
5. guild wars 2
6. minecraft (my friend and I have our own server and we've put thousands of hours into building random crazy shit lol)

yea played GW2 and Minecraft, both were pretty darn good

squidgee said:
There's also a really old, obscure game called Battlezone 2 that I was hooked on for a very long time. It was a cool combination of RTS base bulding and first person spaceship combat.
Click to expand...

I always thought the first one had better gameplay.

It's available free here and still has an active community.