#741
PugofCrydee said:
Wow some really nice shots there Loyal!
Click to expand...
Thanks, one day I'll go back with my tripod and get some decent shots of the worms too

#742
LoyalXenite said:
Thanks, one day I'll go back with my tripod and get some decent shots of the worms too
Click to expand...
Is that like a hiking trail, an abandoned track?

#743
PugofCrydee said:
Is that like a hiking trail, an abandoned track?
Click to expand...
Its an old train station, not far at all from the train station in use now, pretty much right next to a road so no hiking needed to get to it. http://www.undefinedearth.com/old-helensburgh-tunnels/ If you're interested that tells you a bit about the place.

#744
Roughly a week and a half til Im back at uni. I am rather annoyed because of the previous timetable clash, and another clash which has me temporarily stuck because I cant locate the coordinators email until semester opens, so I cant even try to fix it yet. But if I cant fix it then I have to enrol in another subject and I'd need to do that asap to avoid missing class/getting a time that doesnt clash...

ughhhhhhhh.. and frankly if this stupid clash doesnt work out that means another bloody delay coz I need this subject for my minor..

#745
How I am currently imagining LoyalXenite: 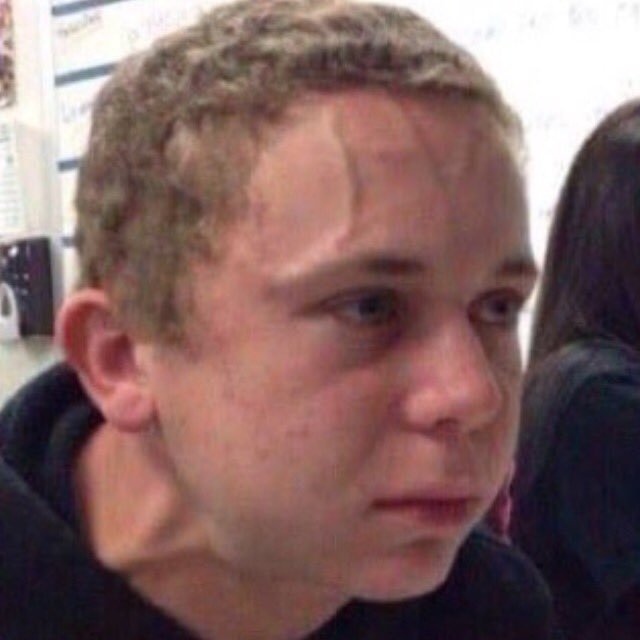 #749
Cant believe midbreak is already over, Im back at uni on Monday... At least I've only got two on campus days this semester..

#750
Took my dogs to the beach today, for the first time in far too long. I really owed them the walk coz theyve barely been walked since I got unwell. They were really well behaved and played nicely with three other dogs (which I was a bit worried about but they did really well)

#751
Also I seem to have forgotten to share this, I got my dogs some custom treats with their names on it last week

Three for each of mine, and the odd one out for my dads dog, all for $8 which is pretty good. Peanut butter and veggie cookies.

#752
Today is the last day before uni starts back up, I'd planned to do a nice clean up then prep the stuff for uni... Instead I fell asleep at my desk, then pissed away several hours on the computer in a bit of a disassociated state.. Now its 10:30pm and I've gotten literally nothing on my list done.

#753
Boy was today all over the place... I'd had a horrible nights sleep because the dogs were particularly difficult all night, I finally get to sleep and then my alarm goes off... typical... Then Imm driving to meet a friend for lunch when I hear a really worrying thudding sound from my car, and my car is hard to handle all of a sudden. All while I'm doing 80km/h surrounded by other cars and trucks. But I hold out (and hope like hell) til there's a safe spot to pull over, where I see that i've blown a tyre. Its the first time and while I know the general mechanics of how to change a tyre I've never had to do it before so I call dad to come help (thank fuck he saw the message in about ten minutes coz sometimes it's hours before he looks at his phone). It was lucky I called dad coz I'm lacking the tool required to get the nuts off the tyres apparently, but dad has one so all is ok. So we (aka dad does while I watch and learn) swap my tyre out for the spare and I set off for my lunch (I get there 40 minutes late but I'd been messaging so she knew what was happening).

We have a very yummy lunch (assorted dumplings and such) with the most delicious hot chocolate everrrr ( white hot chocolate with banana and coconut) then I swing by the nearest tyre place and get a quote of ridiculous proportions so I feign needing dad's approval and leave as fast as I politely can. Instead I went to my nearest tyre place (as in nearest to my house) and got a quote in the range I expected (still insanely expensive of course!?) and will have to swing back tomorrow after class and get four new tyres because the other back one will blow any minute and two front ones have two months at best!

Luckily the mechanic told me I'd be needing new tyres before my next rego so I've been saving and I have just enough to cover it, unluckily they were meant to last until February next year and so this absolutely decimates my savings again... Everytime I start to get somewhere with my savings something goes wrong.. Its so frustrating. But at least I have enough to cover the tyres, Im trying to focus on that as a positive as opposed to the hit my money is taking

#757
I am really struggling with motivation. I have three assignments that I have to do this week, one due on Wednesday, one on Friday and the other on Monday. I havent started any of them.

My sleeping is worse than usual, the other day I slept almost all day but in four hour bursts still.. It left me almost as tired as before I slept at all. Now its 4:53am and Im starting to get tired, but I also really need to at least start on these damned assignments. But instead of doing either of those things Im sitting here watching American Horror Story..

The stupid medical issue that I've been having is still bothering me, in April I was referred to a specialist, in May they texted to say I was on a waiting list and I'd be contacted in August. Its August 20th and still no word.. Im sick of being unwell, physically and mentally and emotionally.. I just want some peace and some rest.

#758
I got caught up on all my assignments, with the exception of one that isnt due til the end of semester, but considering I couldnt even make myself go into uni today, getting caught up on assignments is a decent achievement.

My knee has really been hurting me for about a week and a half now. One of the dogs slept on it (with her 35-40kg weight) at an awkward angle one night and since then its really hurt, I might have to get a bandage for it or something. Idk.

Maybe I'll find some comfort in this

Maybe I'll find some comfort in this

Click to expand...
Omg Loyal, I'm watching it right now.
I have to say I'm quite impressed with it so far, they have kept Jim Hensons magic alive..
I love how they have released the whole first season in one hit too
You must log in or register to reply here.
Share: Facebook Twitter Google+ Reddit Pinterest Tumblr WhatsApp Email Link
Top